I can’t seem to make this work. I check the Appearance/Color box, click/double-click/try-abracadabra on the rectangle but no color options are offered. On my Macbook, it offers up a color wheel.

Hmm. Yes, I can confirm this doesn’t work so well… For me, it works if I click somewhere else (for instance on the background of the patch) and then come back to the box.
I will look into it.
Thanks for the report.

Apologies if OT: version 1.4 has no .rpm packages, will you provide any? Thank you in advance.

The VERY good news is that the Linux version is now perfectly readable on a 4K monitor. There could be more separation between the words “Documents” “Packages Library” etc. (about 4 spaces) but the vertical height issue is solved. Bravo and thanks!

Regrettably, something goes awry if one tries to import a patch made in the Windows version into the Linux version. I don’t think it’s a functional issue but the imported-into-Linux file doesn’t maintain the coordinates of the boxes and would require a lot of work to straighten out. Ideally, I think a file (patch) should maintain its bearings in all versions.

Attached are a couple of pictures that show the issue: the Windows version is the original and the Linux version shows what happens when it’s loaded into om-sharp 1.4. 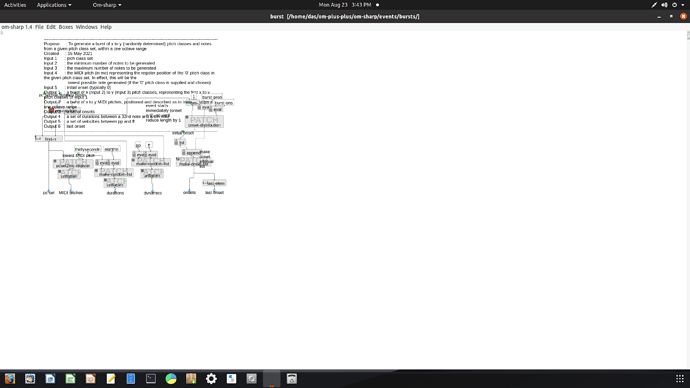 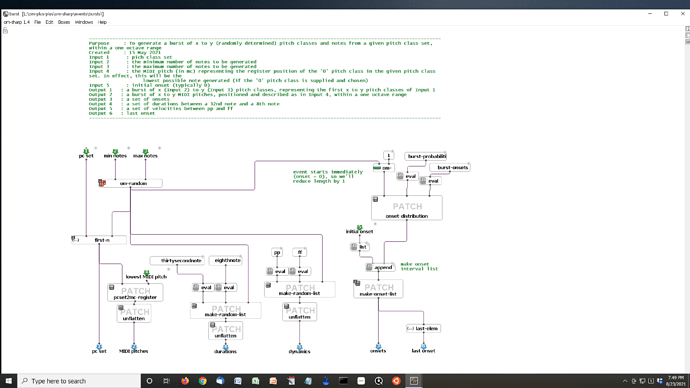 Actually looking at this again it would seem that the entire body of the patch (that is, everything except the comments at the top) is folded into half the screen. This may be related to a high res monitor and the patch may only (somehow) be accessing half the screen, unable to use the bottom half for the details of the patch.

Someone should buy you a beautiful 4K monitor! LOL

Thank you for rpm files, I have updated, it runs a charme. I am on Fedora 32.

Someone should buy you a beautiful 4K monitor! LOL

Yes! I don’t have this at hand at the moment