Hello! I’m working on a problem, and here it’s a simplified version of it:

Let’s say I have a list (1 2 3 4). I want, starting at the second element (index 1) to add the element at this index with the previous element of the list.
So my desired output, in the example, would be (1 3 6 10). I want to be able to modify the input list at each step, by subbing out the value at index (x) for the value index(x) + index(x-1). Is this possible?
Thanks in advance! 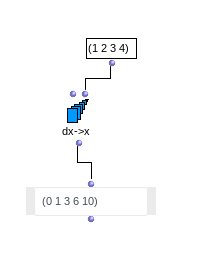 The second part of your question is not clear. Please reformulate.
Or maybe you have in mind the fibonacci serie???: 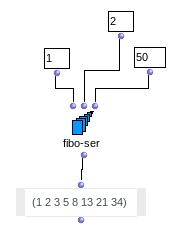 I’m working on a program to import a piece in XML, and then create a list of lists, each element being a thruple in the form (duration onset offset), where offset = onset + duration. I already accomplished it.
Here’s the fragment I’m using as a test:

After running it through my program, I got this: 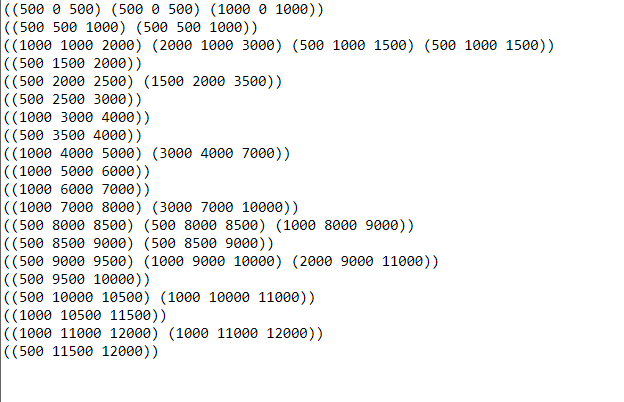 Each line represents an onset (which is the MIDDLE number on each thruple).

My goal is to iterate over the indices, starting at the second element (i=1) and ask the following question:

“In the line BEFORE this one, is there any thruple on which the OFFSET (third element) is greater than the CURRENT onset? If YES, I want to append said thruple on the current line”

The thing is, when I move on to the next index, I want my original list to already have the thruple appended, so it can be checked again. For instance:

My final result (this was done by hand just as to show the desired output) should be this: 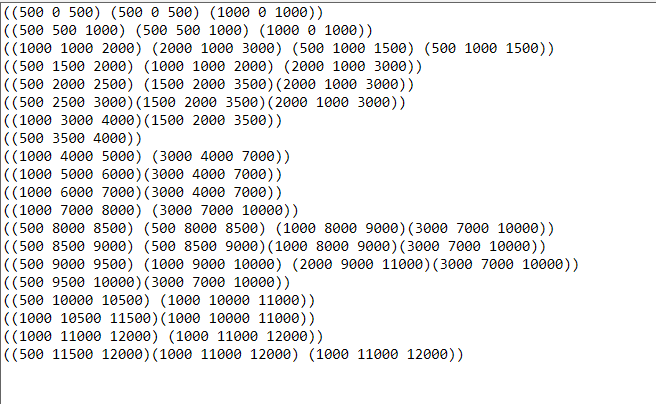 However it would be easier to me to have your first list as a text based attachment or included in the text. You imagine well i am not going to copy all the list by hand…

Ok here it is:

Howerver… either your description of the algorithm is insufficient, Or, the result “by hand” is errounous…

Hey Karim! Thank you so much for your effort. But there is a mistake in the output:

The more actual descritpion of what I was asking would be:

But please, next time, make sure your description fits well what you are looking for. The best the description, the better you will find by your own the solution